To My Dark Delight

To my dark delight I heard the susurrus
escape the restraint of your lips
before they alighted on me,
to reciprocate joy.

My bliss drunk eyes
can see no star to rival you
in the night sky, which bears reverent
witness to the adorations we bestow upon one another.

Of all the jewels found at night,
well after the sun kisses the moon
and the blushing evidence of their desire
turns from flushing scarlet and melts into indigo,

you, my love, shine brightest.

Song Choice: Love Me Like You by Ellie Goulding

This poem was inspired by A Dash of Sunny's Prompt Nights: It's Easy to Love the Light. Show Me Your Darkness and is linked to the Poetry Pantry 347 I was inspired by the sentence "Then to her dark delight there was a susurrus" from the book Wee Free Men by Terry Pratchett (although you should note the topic matter of my poem and the book are extremely different - very, very different) and the poem There Be None of Beauty's Daughters by Lord Byron.

Sadly, this is the last week of Prompt Nights, but Sanaa's wonderful energy will still be going strong over at Imaginary Gardens With Real Toads.
Posted by Rommy on Friday, March 31, 2017 43 comments:

Fred flew towards the sound of her laughter. There was always food left whenever he heard it.

He swooped in through an open window of the boat, and landed on the table. Fred started gobbling the food down as his feet alighted, ignoring the gasping man.

“You bitch,” the man choked, before the arm reaching towards her shrank, growing feathers.

She strolled to the table. Fred stopped eating when she reached for a piece of bread. Instead he chased the new bird out. No matter how many she changed, he was still her first.  Fred flew to her waiting arm. 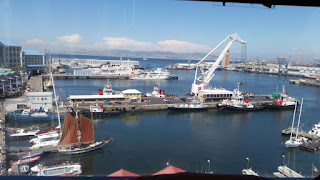 Song Choice: Every Little Thing She Does Is Magic by The Police

This short story was inspired by the photo prompt given by Friday Fictioneers. More flash fiction available at the link.
Posted by Rommy on Wednesday, March 29, 2017 29 comments:

The strangest thing
I’ve seen all week
is my reflection
in passing.

After pretending
I should know
the rules they have set,

after keeping worlds
trapped in my throat
underneath paper bag skin,

This poem was inspired by the prompt given over at Imaginary Gardens With Real Toads: Word Count With Mama Zen
Posted by Rommy on Thursday, March 23, 2017 56 comments:

Memory Pressed Into A Journal

I dreamed of her again, but this time she wasn’t screaming.

I wondered if the dreams would return once I saw the sold sign on the old Williams house yesterday. I touched the wrought iron fence to see if I could feel anything besides cold metal. Nothing.

But I did hear hellos from some workmen cleaning things up before the new owners move in. I said hello, talked about the weather. Because that’s what you’re supposed to do. And kept walking.

I know she’ll be back. I just need to find a way to keep her from screaming. 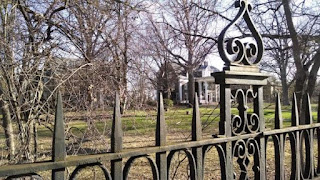 This poem was inspired by the picture prompt given over at Friday Fictioneers. To see what the other Fictioneers based on this picture, just follow the link.
Posted by Rommy on Wednesday, March 22, 2017 33 comments:

Danny looked from his teacher, gripping the boundary rope around what she thought was a simple park exhibit, to the security guard briskly advancing towards him. It didn’t matter. He had made it to the communication cog first.

Danny stroked the spot he knew would activate it. “This is D’ynveh 5. I survived the Rylor expedition but am stranded. Send help!” His words were cut off by the guard pulling him away, but he saw the fine lines of energy light up on the cog’s surface, sending a beacon towards his home world. Danny smiled. 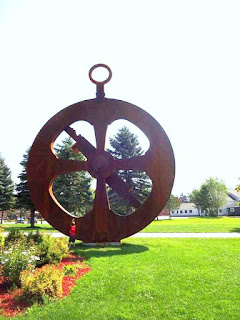 They waited until the bruise colored sky settled into a uniformly inky color, dark enough to see the stars and dying moon clearly. Then, the rhythmic pecking began.

Every rooster and hen who was able gathered the needed ingredients, then placed them in the appropriate spots for the ritual. The high priest strutted around the perimeter of the circle. He grabbed each ingredient with his beak and dropped them into the bowl in the center. The beat of the pecking sped up as he worked, stopping completely when the last ingredient was added. Then he spoke.

“Oh infernal one, we have gathered herbs and spices pleasing to you to summon you here now. Defend us from the goblins who encroach upon the peace of our coops. Devour that which threatens our happiness!”

A wisp of smoke rose from the center of the bowl, growing larger and thicker, until it took the form of an old goateed man, clad in a crisp white suit, spectacles and a string tie.

“Well,” the demon said, “isn’t this just delicious?” He licked his lips once, then began to feed.

From the hill beyond the wall of the farm, the goblins heard the squawks of terror. They looked at each other, a few of them dropping the bags of seeds they had brought to offer the chickens, in the hopes of establishing an alliance with them.

One shook his head in disgust. “That’s just great. The chicken mages were our best hope for standing up against the trolls. What do we do now?”

The goblin elder looked at the now violently shaking coop. The wind brought the scent of the ritual’s herbs and spices to her wrinkled nose. She had a fairly good idea what had been conjured and why.

“We find other allies. Smarter ones,” she said, turning to walk back into the forest.

Song Choice: Why Can't We Be Friends by War

This story was inspired by the prompt given over at Imaginary Gardens With Real Toads: Title-Tale, where Magaly asked us to compose a story or poem based on a silly book title she had found. I chose Goblinproofing One’s Chicken Coop: And Other Practical Advice in Our Campaign Against the Fairy Kingdom, by Reginald Bakeley

The sky tastes like a shortbread cookie
infused with that lavender feeling
of flying so high with the thermal surfing hawks.

I bite into it with my eyes
letting the crisp blue melt
from crumbly sweetness
to buttery delight
that seeps into my spirit.

Blue sky is the perfect accompaniment
to red-gold sun rising up
scented like a chai tea, peppery yet sweet.
The sun tastes like “Wake up!”
and sings “Are you ready to go?”

One last dunk of shortbread in tea,
one last glance at the morning,
and my curls bob the answer, “Yes”
as I set off on my day.

This poem was inspired by the prompt given (by me!) over at Imaginary Gardens With Real Toads: Synesthesia. It is also linked to Poetry Pantry 344 at Poets United.
Posted by Rommy on Thursday, March 09, 2017 61 comments:

“Get that thing out of my garden before any of the guests see,” she said in a harsh whisper.

“Don’t. I’ve worked too hard to orchestrate this. You will remove that thing. You will come back down with your best manners. And you will get into Alexandre Academy.” She turned on her heel to rejoin her party.

I nudged Mephistopheles onto my arm. He’d probably be happier with the other insects in my room, the same way I’d be happier in public school.

“I can always get kicked out,” I told Mephistopheles. He nodded. 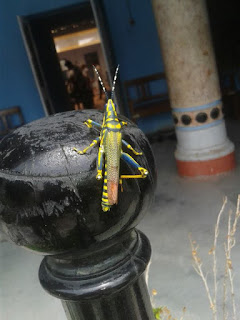 This flash fiction story was inspired by the picture prompt given at Friday Fictioners.
Posted by Rommy on Wednesday, March 08, 2017 55 comments:

The light came again, shrinking my circle of sanctuary. I shut my sun-scorched eyes and pressed my limbs into the safety of roots and earth, their presence steadying me.

You knew it would come again, and you know it will go again too, I whispered to myself, letting the pain ease before I opened my eyes again.

The light was still there, dimmer than it had been when I was pulled from my dark and tossed among these roots. 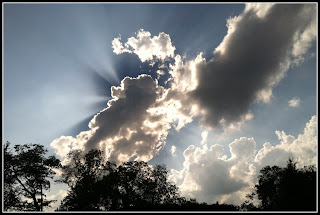 Clouds Above the Trees, photo by Rochelle Wisoff-Fields

Song Choice: Boris the Spider by The Who

This bit of flash fiction was inspired by the photo prompt given at Friday Fictioneers.