This was the tower,
all lightning struck and crumbling,
only knowing I had fallen
when the rubble broke bone.

This was the color of sky fragmented
by the prism of a bloody setting sun
that I had mistaken for a new day.

This was the sound of air
rattling in my chest
around the stalagmites
of unfinished conversations.

This was when I knew
some words deserved to be freed
to see what they will bloom into next.
This was me
making paper boats out of all my stories,
hoping one was sturdy enough
to carry me to the next shore. 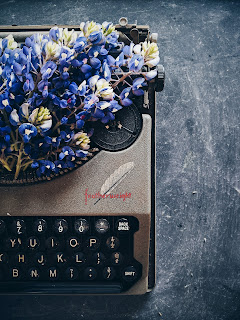 Photo by Joyce McCown on Unsplash
Song Choice: The Next Right Thing from Frozen II
Liner Notes for This Groove: This poem is linked to the Friday Writings prompt at Poets and Storytellers United.
Posted by Rommy on Thursday, December 16, 2021 27 comments:

“Can I learn to sword fight?” Anna asked.

He looked at Ajani. Last week, Yuuki would have thought the African fae’s agreement was an attempt to access Anna’s human energy. Now, he knew Ajani was enthralled by anything to do with sword play.

“I’m a sword blerd—OK, a blerd in general,” Ajani admitted to Yuuki while trying to convince him to watch another human movie.

Yuuki looked at Rina. Anna’s aunt still didn’t trust him. He could feel it the moment she threw an energetic shield around her niece. It was a powerful one, easily able to stop a lesser fae and slow down a powerful one, if it meant her harm.

Ajani reached out to touch Anna on her nose. “Boop,” he said.

“The sword fight you had in Philly sounded cool,” Anna said.

Something in the way she held her head sparked Yuuki’s memory. I want to be just like you, big brother, Giichi had said. The pain blindsided him for a moment. He looked at Rina’s anxious expression.

“Fine, on two conditions. Firstly, promise me you won’t go out seeking fights. Second, your aunt must approve.”

“We can discuss things privately if you’d like,” Yuuki said to Rina.

“I’d expect the same level of honesty you have with Anna. At minimum.”

Clever, he thought. But not unexpected. A proper witch had to be.

“If we come to an agreement,” Yuuki and Rina said at the same time.

Alliances have been built on less, Yuuki thought. This was a start. 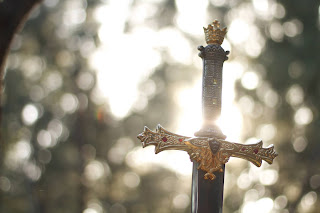 Photo by Ricardo Cruz on Unsplash
Song Choice: Sometimes You Can't Make It on Your Own by U2

Liner Notes for this Groove: This bit of flash fiction is linked to the Friday Writings at Poets and Storytellers United.
Posted by Rommy on Thursday, December 09, 2021 16 comments: