Mother.
Mom.
Mommy!
Are you up?
Good.

I have a story to tell you.
No, don’t go back to sleep.
It’s a good one I promise.
Not as good as
once upon a time
there was a girl who lived in a castle
and her name was Mommy,
but pretty good all the same.

Mommy lived in a castle,
overlooking a forest of motley fabric,
woven in fairy wings,
and painted silks.
Sometimes she made bricks out of minutes, hours and days,
building a tower high in the air.
But ink children loved to knock the blocks down.
That’s what children do you see.

Now it’s your turn.
Tell me a story.
Tell me my story.
It’s OK, I’ll stay up all night if you tell it.
Just make sure you tell it right.

Song Choice: LOL, because sometimes catering to the needs of ink children can be quite demanding I was in a silly mood and went with Little Girls from Annie performed by the fabulous Carol Burnett

This is part of Imaginary Gardens With Real Toads Weekend Mini Challenge There's plenty of good poetry at the link
Posted by Rommy on Sunday, November 15, 2015 30 comments:

Don’t open it.
Not yet, he says.
Just wait
for the lighting
to be right,
and for my paints
to be ready.

Love doesn’t wait,
I want to shout,
for the moment to be portrait worthy.
It stealthy rampages
on its own timetable.

But I wait.
For the light to be right,
my dress to be crisp,
and my hair to be neatly bound.

I open your letter.
My soul soars at the sight of violets
gathered by your hand.
I want to whisper my promises in turn.
But I must keep perfectly still. 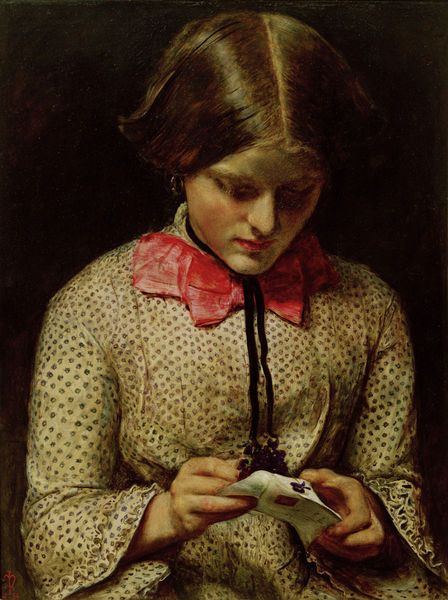 This poem is in response to the prompt given over at Imaginary Gardens With Real Toads Jump on over to read some terrific poetry.
Posted by Rommy on Thursday, November 12, 2015 29 comments:

The Inciting A Riot podcast was asking for submissions for their Halloween show. I was in an extra hammy mood, so I decided, "Why not?" and submitted Gossip's Tree. The Rioter In Chief, Fire Lyte liked it, but said it felt incomplete somehow. I thought about it a bit and decided I really didn't have to be constrained by the 200 word limit if I could find more to the story. So I looked and found another 295 words to say. He liked the new direction of the story and decided to air it.

You should go and check out the show if you haven't yet. There's a lot of Halloween fun going on! Here's the revamped version of Gossip's Tree.

It wasn’t the biggest or oldest tree in Hawthorne County; nor was it especially ugly or lovely. It grew green in the spring, scarlet in the fall, and in the winter, snow blanketed it along with the rest of the county, in crystalline perfection.

The thing about this tree was that every twilight, the birds of the county would gather there. You’d think with so many, it’d fall under the weight, but it held. Jays would circle it, giving their “all’s well” cries, punctuating the few silent spots between the chatter.

Sometimes people passing it swore they could hear words.

Mr. Smith set up a new scarecrow.
The Anderson twins skipped school twice this month to go fishing.
Bethany Peabody has been having guests after dark again.

Sometimes someone would get it in their head, if they climbed it before twilight, if they kept still, they might hear everything the birds said. This was nonsense of course, because most who tried only got white stains on their clothes to show for it. And the others, well, while it was a mostly unremarkable tree, some mornings the person was gone, but you’d find the trunk had interesting new gnarls.

Eventually Bethany Peabody had had enough of all this. She had put up with the tree sharing her business for years now, but the disappearance of her grandson was the last straw. She came on a night following a mild, clear fall day in Hawthorne County, the sort of fall day that makes people forget that summer is really gone, but the chill in the night reminds you winter isn’t all that far off. By the time everything was over, that night would go down as one of the stormiest in Hawthorne County history.

It started when she ran her withered fingers over a patch of bark that looked like Donny Peabody’s face caught in mid-scream. She looked up where the birds held court and started to sing, softly at first, but then in a voice that rivaled the raucous bird squawks in volume and tone. Black clouds gathered. The sky opened, rain of Noachian proportions fell, but through the wind and the lightning people could hear her voice and that of the birds dueling in the storm. When it was over, her body was found in a ditch, still filled with rainwater, drowned. But the tree had been hit by lightning, blown right to the base of its trunk.

Folks in Hawthorne County didn’t like to waste, and lightning blasted wood was no exception. Wood from the tree was used to hold the remains of Bethany Peabody as she was laid to rest. Some of the bolder folks took the last few bits as their needs called for it. But every now and again, when the night skies were stormy, a whisper would come through the homes of the good and thrifty people of Hawthorne County.

Bethany Peabody’s been having guests after dark again.
Posted by Rommy on Sunday, November 01, 2015 8 comments: