Kevin didn’t breathe easy until he saw the snow sticking to the ground. Nothing can find me here, he thought. The road leading to the cabin wound though the hilliest, most remote parts of the state. He turned from the window to sit on the grungy bed, looking at the primitive excuse of a kitchen and rickety table that took up the remainder of the one room cabin’s interior.

This armpit of a room, in this dung hole of a town, looked like paradise to him. A two light fixture, two outlet, wi-fi free paradise.  He felt the corners of his mouth pull up into the first genuine smile he had for a week, and lay down, enjoying the sound of nothing but wind.

There was no crunch of foot falls on snow to prepare him for the hammering of fists on the doors. Kevin dove under the bed, hoping nothing had seen him through the window. His hand touched something furry and he suppressed a yelp as he scuttled away from the mummified mouse, its head dislocated in the trap that killed it.

From outside the cabin, the sound of the wind was joined by raspy voices. Low at first, they built up until they competed in volume with the banging of the door. “King. King!”

Kevin couldn’t stand it for more than a few minutes before he started screaming. “Leave me alone! I told you, I’m not your king!”

“Lead us! Lead us!” came the roars from outside the cabin.

“I’m not one of you. I’m human not an actual troll. It’s just what some people call themselves on the ‘net,” Kevin sobbed. “I swear I’ll never touch a computer or cell phone again.”

The lights in the cabin flickered and Kevin shrieked. When the lights came on again, the dead mouse was the cabin’s only occupant.

Song Choice: I Am So Happy To Finally Be Back Home by Eduard Khil

This short story was inspired by the prompt given over at Imaginary Gardens With Real Toads: Snow Birthed Tales, using the following picture as inspiration: 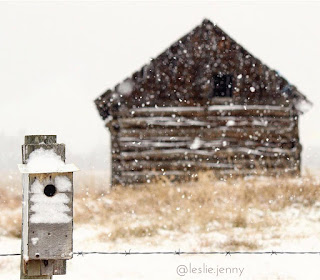