This weekend I had a chance to go to a formal Japanese style New Year's banquet. There was delicious food, all traditionally served at Japanese feasts like this. I finally wore a full kimono for the first time (with a LOT of help from a fellow tea student who took formal lessons in kimono wearing - yes, it's that involved you need a class) 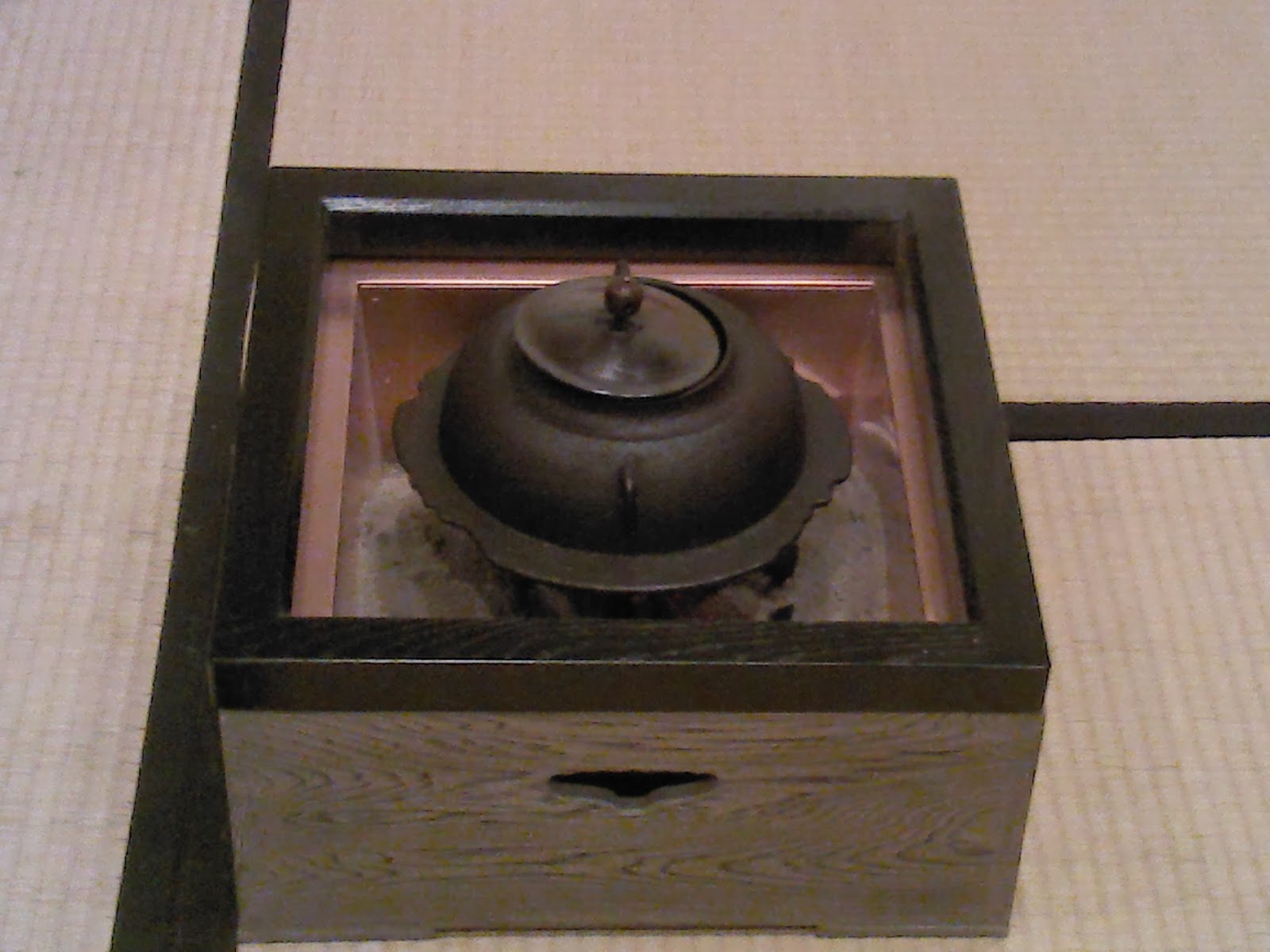 The hearth, where the symbolic laying of new charcoal happened. 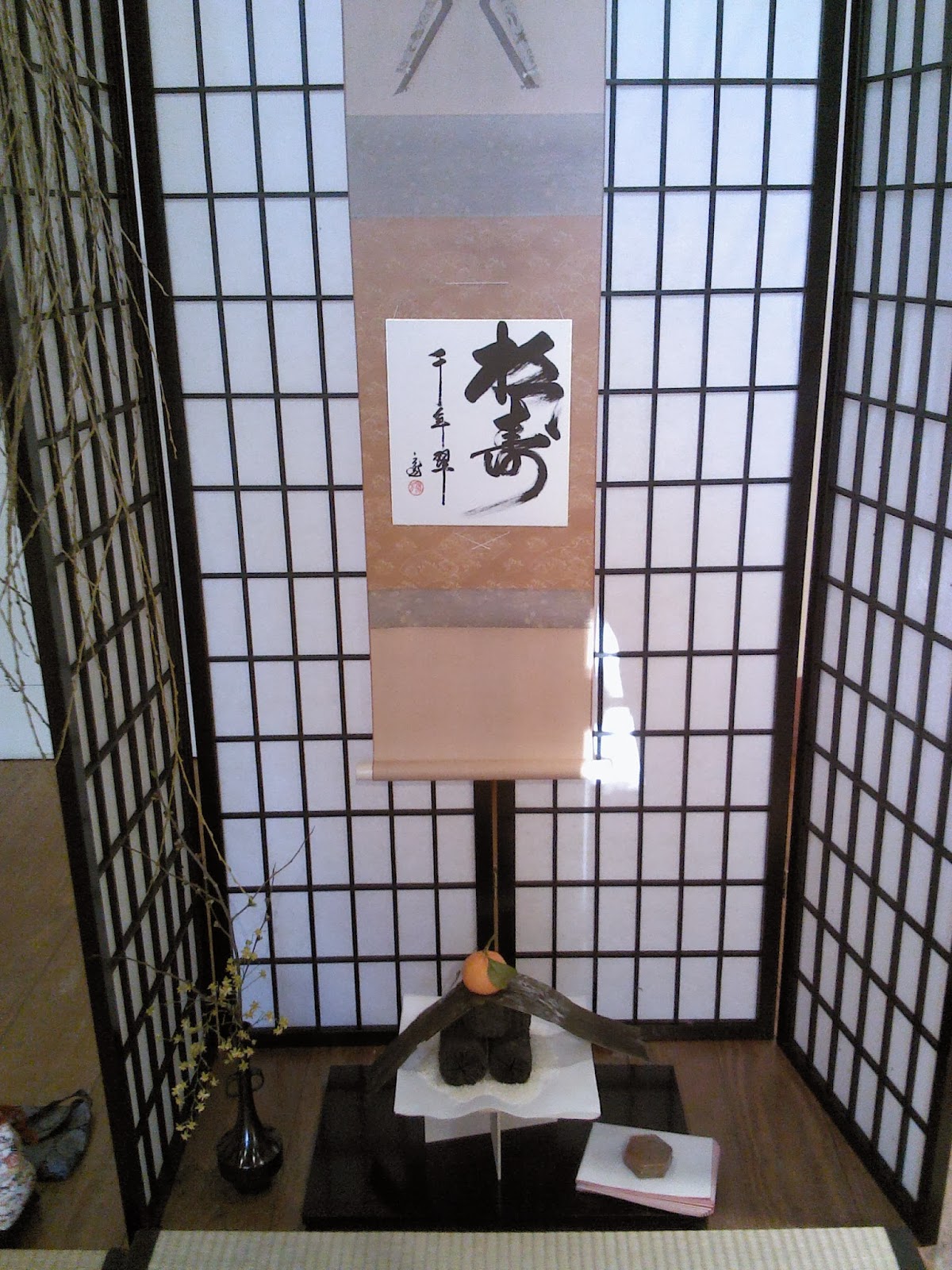 No tea is complete without this area, displaying a poem that matches the season and seasonal flowers/ fruit. Yep, some times of year you can even use bare branches, but the orange was more auspicious for the lucky new year's symbolism

There are certain rules about kimonos and kimono wearing (hence why some people, like my classmate, go and take a series of classes on it). The idea shape for kimono wearing is perfectly cylindrical, so if, ahem, one's natural form isn't disposed that way, you have to try to make it so. Ladies with generous endowments on top can wear a sports bra and padding around the middle (yep, you read that right - it's OK to make yourself bigger around the middle to get it to lay right). All the various strings holding the thing together are tied very tight around the middle, with the corset, I mean obi, securing and concealing it all.

I thought the trouble with getting through the ceremony would be dealing with my knees while kneeling. Nope. It was the top of my feet that hurt most when I was in proper position, with my breathing feeling less than optimal while wearing the tight obi when I shifted to sit side saddle.

There are also rules about what sort of kimonos and obis are right for which occasions. I found it was best to run things past the more experienced students first or  have buyer's remorse later. For instance, I fell in love with and bought a gorgeous obi, only to find it was really not suited for a tea student, but for a geisha. (I may display it in my home in some way - it's too pretty not to). 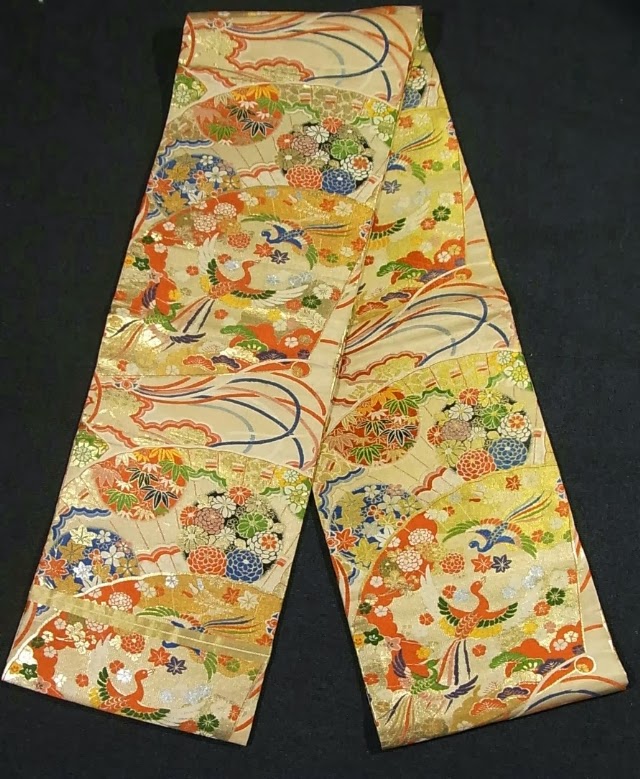 Fortunately that was an easy fix. Collars are made to be removable and therefore easily washable. Considering the year I just finished up, there seemed to me to be something very symbolic about removing a collar meant for mourning to add one on to go to a celebration of new beginnings. There's so very much I had to leave behind last year, so many endings to mourn.

But the new collar went on easily. I got complimented on my kimono and I had a very lovely time discussing pottery, tea and even Magic the Gathering. And the food was amazing.

Here's to the New Year. It's gonna a be a bright sunshiny one, despite the damn polar vortex.