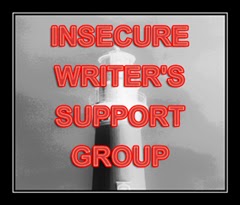 I had a relaxing but productive holiday break. After making myself accountable to a serious writing buddy (thank you Magaly - I hope you are having a fabulous vacation) I am pleased to report I am making slow but steady progress. I have a minimum word count I try to reach every day. It's such a ridiculously small number, I'm embarrassed to share it. But it's usually enough to prime the pump to get ideas flowing and there are plenty of days I exceed it. Of course, I've had plenty of days when I barely make it as well, but I suppose that's to be expected. If I waited for conditions to be super perfect I'd never write anything, and that just isn't acceptable.

The other thing I've been doing is researching, aka reading books in the genre I'm writing. That's been a help in getting a feel for world building, a pretty crucial thing when writing fantasy. I started off with The Belgariad (Volume 1. Thankfully, a friend of mine owns Volume 2, because the end was driving me nuts) and am now re-reading an old favorite Magician: Apprentice by Raymond Feist.

As fun as this research is there are a couple of dangers here. The most obvious one is getting so caught up in the story I forget to write! The second is comparing my style to other writers and finding it wanting. My style is different from those, most notably in the dialog. I'm trying to keep the high fantasy tone without making it sound too stilted or silly. I think some of my humor comes across in the characters' words but I also need to make sure it fits with the world I've built, and not the world of the Northeast US in 2014.


Please gods, don't let me create the literary equivalent of this

I've got smart people's whose opinions I trust giving me feedback on these baby steps (another chapter almost done, woot!) But it's still a bit nerve wracking. I sometimes wonder if I shouldn't have stuck with something easier for my first attempt at a novel, but the idea for this story was picking at me too much - I had to explore it.


I'll leave you all with a song inspired by another fantasy series I loved when I was a little girl. I think I may re-read some of these too.