I got very excited when I heard that the musical for one of my children's school was going to be Les Miserable. I loved it as a teen! It would be so much fun to watch the movie version with my kids, as I have done with every play they've gotten involved in. Then I remembered Fushigi Yuugi.

Let me backtrack a bit. Fushigi Yuugi is one of my favorite anime series. I like to re-watch it from time to time and a bit ago, one of the children expressed an interest in watching it along with me. Sure, why not? I should state that this was the more sensitive of the two children and while this isn't the goriest or most violent anime series by a long shot the TV trope "Anyone Can Die" fully applied to this one, as well as "Woobie, Destroyer of Worlds". But we've watched Dr. Who and most of Buffy the Vampire Slayer (which is certainly more gory and violent), so this shouldn't be so bad.

Yeah, not so much.

I was pretty surprised by how into it the child was, and how the above tropes and all the other attendant twists and terms of plot affected them. We actually had a version of this famous conversation watching the show. The other child noticed their sibling getting quite involved in the show (though there was No Way In Hell the first child would admit it) and asked to watch too. Now this is my not quite as sensitive child who took the sad parts of Dr. Who and Buffy in stride often going to the next activity merrily while the other one glared at them for not fully giving in to the pathos involved. The first child did not want to watch with the second at all, sure that this would be the case again.

We now refer to Fushigi Yuugi as the series that taught the second child "the feels". Oh yeah, the Princess Bride conversation happened again. As well as the lower lip going, and tissues being grabbed.

And the first child LOVED it. After the first death, the first child insisted on being in the room to witness the other child finally learning fandom feels. And it didn't stop there. My niece and nephew also got to watch the series and while each of them had their moments of "Oh my god - they did not just die, did they?", that set of siblings also got joy knowing the other one (and my kids as well) had an attack of the feels at the exact same spots.

So, back to Les Miserables. I sat the kids down and told them they had the option of watching the movie if they wanted to. "It isn't called Les Happy Peoples", I said. "It's Les Miserables for a reason. I knew of at least one person who went through a dark night of the soul after watching it". Their eyes got wide, but then they looked at each other... and the question is no longer who dies but who will break first. 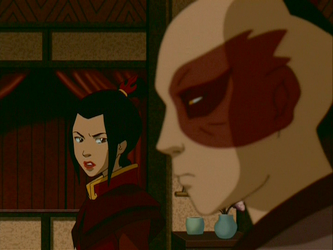 So sure, we'll probably watch it. And I've invited my niece and nephew along for the viewing (I know at least one of them really likes musicals) and while there will be sad feels, each of them will take comfort in the fact the others feel it too.

Song choice: I was kind of feeling Sad Songs (Say So Much) by Elton John, but let's face it. With those two Schadenfreude from Avenue Q is a better choice.
Posted by Rommy on Friday, September 04, 2015