A Thing To Wear

Lately I've been trying to wear full kimono to tea ceremony classes as a way to improve my technique. Some may joke, "How hard can that be? It's just wearing a robe, isn't it?" And I might even laugh back - through decidedly gritted teeth.

There's an art to kimono wearing, and it's a whole lot fussier than it might seem at first glance. A multitude of rules govern the proper wearing of one; there are schools that specialize in teaching people all the smallest details that take months, even years to complete. And if you're woman, the details of proper kimono wearing increase exponentially. Sometimes I look at the guys in my tea ceremony class, wishing I knew the Japanese version of "lucky bastards" so I could mutter it under my breath. They pretty much can stick to the same navy/gray/ brown color scheme year round while I'm scrambling to make sure the motifs in my kimono or it's style don't clash with the theme of the current time of year and coordinate with my obi.

I'm always a little surprised when people can't tell the difference between men's and women's kimono, though then again I've had more exposure to the culture than others have had. When I wrote my first Yuuki story around 10 years ago I played around with the idea of Westerners being somewhat clueless regarding this. I also thought the story was done as it was, until a certain Instigator insisted there was a bigger story in there. I mulled over her input and a.) realized the Instigator was right (stop cackling you!) and b.) while the other characters in the original story could plausibly be ignorant about the differences in kimono, as I expanded out the world it made no sense that no one else knew.

So I played around with his (yes his) back story a bit, researched some and discovered that while Yuuki generally identifies as male, he's fascinated with onagata of the Edo era, popular male actors skilled at impersonating females. To him, they are sort of kindred spirits, being able to change their appearance if not as easily as a kitsune might, still with a certain level of skill. This draws him to a more colorful and fem aesthetic. That tweaks things only a tiny bit from my original story (which I haven't published here or anywhere as of yet, and as the Instigator suggested might be more novella or even novel length rather than short story length - stop cackling already!) but I'm glad that I took the time to get to understand Yuuki better to give him the story he deserves. It also made me appreciate the prettiness of my kimono more, and I do feel pretty when I wear them. But I still feel exasperated when I have to fold them; there are rules for that too. 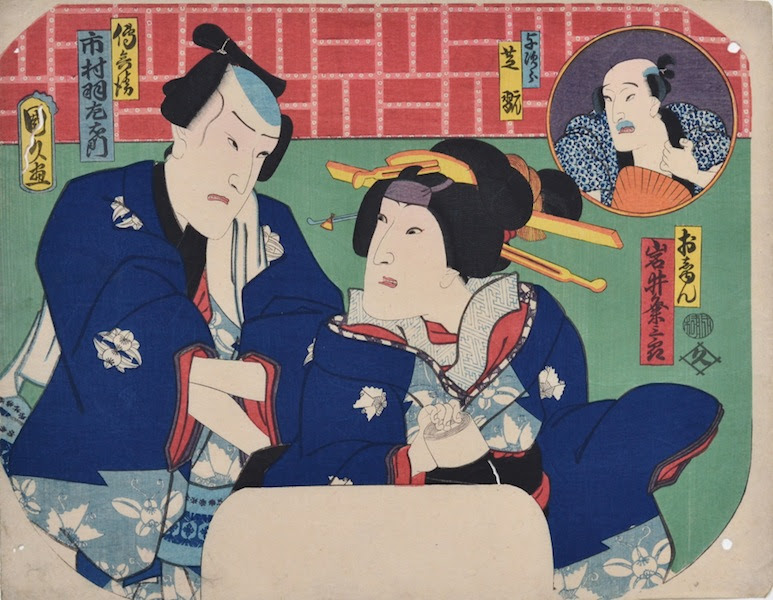