For the longest time, I was the only one in my family with thick, curly locks. Then I had my Darling Eldest. We didn’t know how much his hair was like mine at first. He got a lot of regular haircut throughout his youth. But when he went away to college and haircuts weren’t as high of a priority as say anime club, we all finally got a look at what his mane would do when left to its own devices. 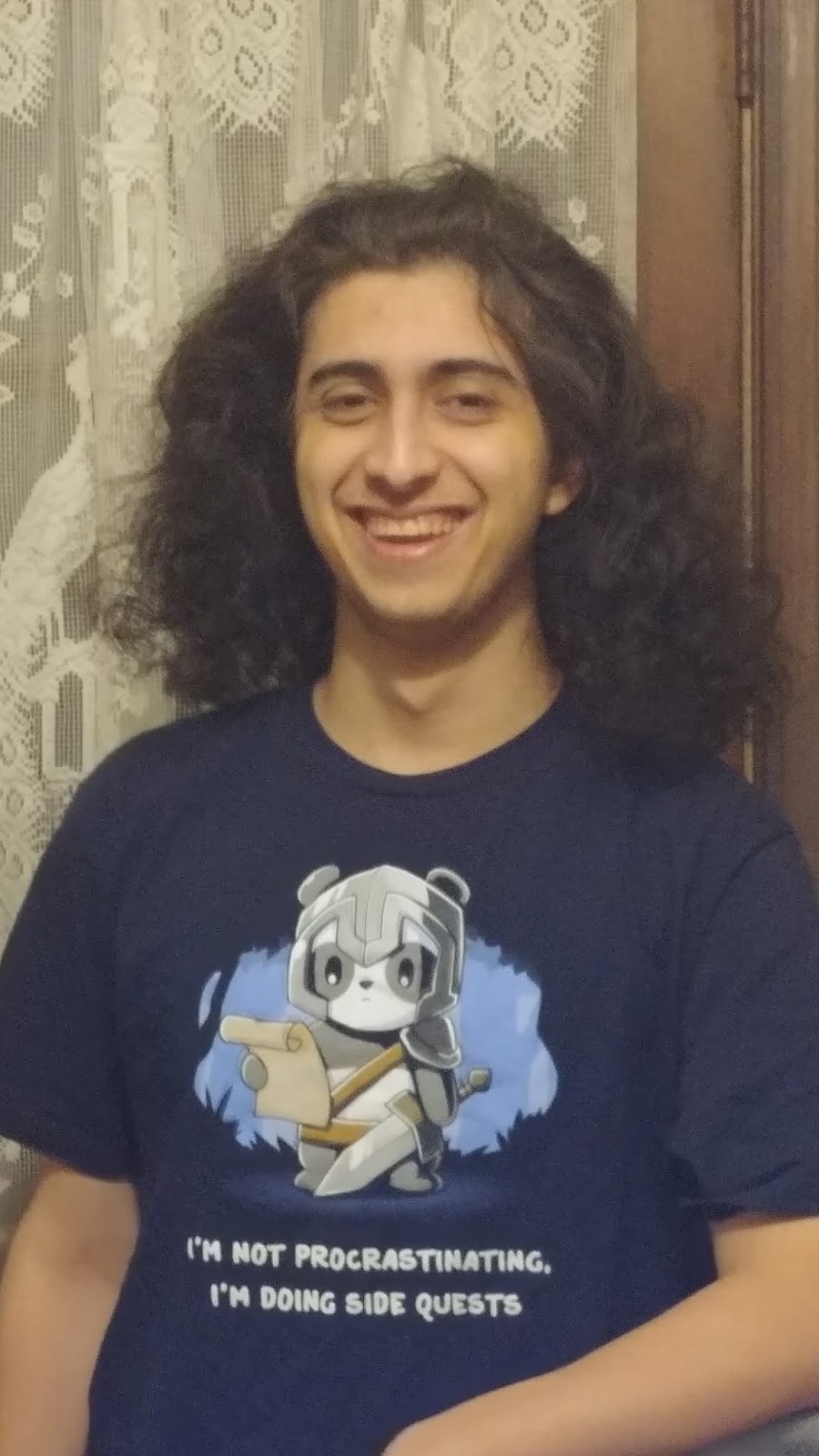 He had been home for a bit because of the pandemic before he finally approached me. He likes keeping his hair long but had been resisting the idea that maintenance was needed. Could I help?

Well during the pandemic I’ve been hard-core upgrading my curl game (it was a reliable bit of self-care that always made me feel better). I was delighted to share techniques I learned, product suggestions, while being sure to let him know the ball was in his court as to how he chooses to deal with it. I have to say, his satin lined hat is cooler than my cheesy sleeping bonnet, but both of them protect our curls.

There was one morning when we were wearing our respective caps when my husband made the observation that not only do we look alike, we both act in very similar ways when we get angry or frustrated. He looked at me in horror and said, “I think I’m turning into you.” I told him not to worry unless he suddenly got interested in planners and picking out cute stickers to go in it.

Of course considering we both just got excited over recognizing a familiar voice actor in an anime series, I’ll be sure add an extra pack of cool-looking, anime-inspired stickers to my next stationary order. Just in case.

Song Choice: Hair from the musical of the same name.

This post was created for Poets and Storytellers United's Weekly Scribblings Prompt: What You Resist, You Become.